Meet Icy and her son Hercules. They lived a life of neglect, hunger and danger as outdoor dogs on a property facing a busy road. Icy had several litters of puppies but they all fell prey to other animals or cars on the road. Hercules is the only one to survive.

Both dogs had been picked up by Animal Control several times. Each time, officers begged for the dogs to be signed over to save their lives and each time the owner would come to reclaim them. When the polar vortex hit, animal control officers asked if they could house the dogs for a week so they could have somewhere safe and warm to stay during the dangerous weather event and the family agreed. After two weeks with no word from the dogs’ family, officers thought maybe this would be the time the owners would allow the dogs go to rescue, so the staff went ahead and heartworm tested Icy & Hercules in anticipation of rescue. Another blow was dealt these poor dogs when they both turned up positive for heartworm.

At first, the owner still wanted them back but after hearing about the cost and care it would take to cure the dogs, they did sign them over to animal control. For several weeks, rescue was sought for this pair, but no rescue wanted one, let alone two, pit bulls with heartworm. Icy and Hercules waited and waited until one day, out of the blue, Icy & Hercules caught a break. West Suburban Humane Society agreed to bring Icy & Hercules to Downers Grove where they would receive top notch medical care. After hearing about their heartbreaking lives of neglect, there was no way we were going to turn our back on these two, just when they got their first lucky break. They deserve a chance at a happy life just like any other living being and we are going to give them that chance.

The treatment for heartworm itself is painful. It's a multistep process, but the only drug that actually kills adult heartworms is arsenic based and is injected directly into the dog's back muscles. The recovery is long and arduous. These two active dogs will need to be kept very calm; no running, jumping or playing for at least a month after each treatment.  The drug used to kill heartworms is in short supply and therefore, very expensive. Two large dogs needing a combined total of 6 injections will cost the shelter thousands of dollars before the dogs are well again. Veterinarians and shelter workers are frustrated at the toll this disease takes on the dogs and the financial burden it places on rescues because it is 100% preventable. One tablet a month is all it takes to keep this devastating disease away from your dog.

Heartworm Disease is on the rise, and we will make sure Icy and Hercules get everything they need. But what about the next dog or cat in need? Donating to West Suburban Humane Society’s medical fund will help cure these two amazing dogs so they can go on to become cherished family pets and will also help the shelter when other animals are in desperate situations. By taking some of the financial burden off of West Suburban Humane Society now, you will be putting the shelter in a better position to support the next homeless pet with medical issues.

Icy and Hercules have begun treatment for heartworm disease and will be ready for adoption in a few months. They are each fun, resilient, loving dogs that deserve forever families. 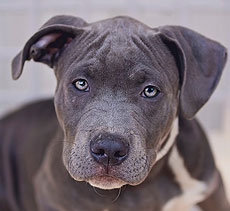