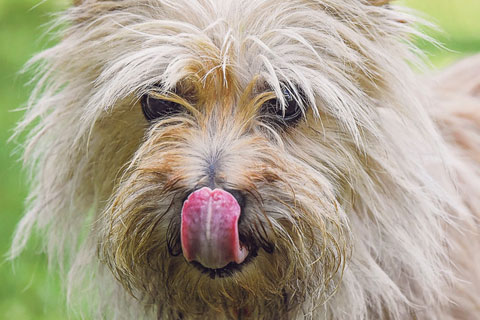 Many dogs lick their paws and they do it for a variety of reasons. Before you start correcting your dog for the constant licking, it is important to figure out the cause. One very common cause of dogs licking their paws is allergies. Allergies can be environmental or caused by their diet. Pay attention and see if the licking corresponds to a certain time of year. That will typically tell us that the reason is an environmental allergy. If the licking is year round it is worth seeing if your dog might have a food allergy. The most economical way to do this is to put your dog on a new diet (duck and potato foods are a popular choice for this) and see if the licking stops. The next stop to ruling out allergies is to talk with your vet and see what they recommend.

Another common reason that dogs will constantly lick a paw is when they have pain either in the paw or elsewhere in the body. Many dogs that are having pain anywhere in their body will lick a front paw continuously as a way to deal with the pain. This can be tough to identify since dogs are so good at hiding their pain, but it does happen and is something you might want to discuss with your veterinarian.

The third reason that many dogs lick their paws is when the lick is a behavioral issue rather than a health issue. Dogs that lick their paws for behavioral reasons are typically bored and frustrated and licking the paw is how the boredom manifests itself. If this is the case it is extremely important to start giving the dog more exercise and mental stimulation during the day in order to calm the brain. Not all dogs that suffer from boredom and frustration are high energy dogs, so I wouldn’t rule this possibility out just because your dog looks calm on the outside. I have seen dogs that have licked their paws until the fur is gone and hotspots have developed with no medical cause for it. We created training plans for the dogs that focused on giving them a job that would give them a sense of purpose each day, so when they lay down at night their brains were calm enough that licking wasn’t needed. If you catch this problem early it is much easier to address than after it has been occurring for years and turns into a serious issue. 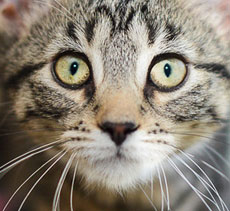